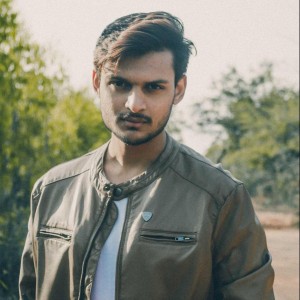 12 Cognitive Bias Explained – and How to Overcome Them

Cognitive Biases are flaws in logical thinking that clear the path to bad decisions. Learning these ideas can reduce errors in your thought process, leading you to a more successful life.

Cognitive Biases are related to problems in logical thinking. Having them lead to bad decisions.

Learning these ideas can reduce errors in your thought process, leading you to a more successful life.

The latest iPhone will cost you at least £999 in the UK after a steady price increases put the iPhone 8 Plus at a starting price of £699. Each progressive price hike seems less significant because the previous model acts as a new anchor. iPhone X makes a £699 starting price for the iPhone 8 seem less unreasonable. This is the first type of cognitive bias.

You see several news reports about car thefts. You might think vehicle theft is much more common than it really is in your area.

When the dotcom bubble was in the ‘bubble stage’ during the early 2000s, several tech startups emerged. They had no viable business plans, no products or services ready to bring to market.

Even though they lacked vision and scope, these companies attracted billions of investment dollars.

You visit the mall to shop for necessities, but then you see a beautiful outfit that you “fall in love” with. So much that you just have to have it–it’s a great color, and it fits wonderfully..

You end up buying it only because you already made the choice thinking it’s great whereas there is no real logical reason behind it.

It is one of the most insidious human biases in psychology because most people are unaware they are doing it.

This is a difficult cognitive bias to recognize.

In finance, the ostrich cognitive bias occurs when investors are in a high-risk situation. Even though they know it, they choose to pretend that these situations do not exist.

During essential sports events like World Cups or the final rounds of leagues, fans root for their team with blood and sweat. During such events, unforeseen random factors can influence the outcome.

For example, a club or the captain makes a move which seems different from the usual tactics. Now whether this tactic gets praised or criticized depends on the outcome.

An example would be a person who thinks that he knows directions better than google maps. He thinks that he is much better at directions than he actually is. He could show his overconfidence by embarking on an unnecessarily longer route without a map and refusing to ask for directions if he confuses the route midway.

This is not only a cognitive bias but also a neuroticism problem.

Let’s consider a patient who receives fake pain medication. He is kept in a healing environment, and the healthcare provider tells the patient that they are receiving a powerful pain treatment. Many patients would report positive results even though it has nothing to do with the medication.

When asked what he thinks, he’ll say that the medicine healed him. This type of cognitive bias is a placebo bias.

“Bill Gates, Mark Zuckerberg, and even Steve Jobs dropped out of college and became billionaires, so will I.”

By equating their success to being college dropouts alone, we ignore a significant fact: for every college dropout who went on to be successful, there are hundreds, if not thousands, who weren’t as lucky.

We look at the exceptions who survived and think that they are the general norm.

Jane is an avid runner and a self-proclaimed health nut. She spends two hours each day at the gym, eats only healthy, low-fat meals, and is a member of several online fitness groups.

Jane is also a cigarette smoker. Though she knows about the health risks of smoking, Jane believes that she will not have any adverse health risks as long as she exercises, eats well, and smokes less than one pack a day.

While looking through a fitness magazine, Jane came across two advertisements. One was for a book about weightlifting for women, and the other was an advertisement about the dangers of smoking tobacco products.

After reading the ads, Jane went online and purchased the weightlifting book. However, she paid no attention to the smoking advertisement. She forgot about it before she made it to the last page of the magazine.

Imagine you are cruising down the highway. You realize you need to get into the far-right lane because your exit is approaching. So, you go through the steps: you put your right blinker on, and you look in the rear-view mirror.

No car is directly to the right of you. You are all set. You start to gradually turn right, then hear a loud honk. Hhhhooonnnnnkkkkk.

The grey minivan you didn’t see in your blind spot is really leaning into his horn to make sure you don’t merge right into him. You went through all the right steps. You just forgot to check your blind spot.

Check out the more articles here…